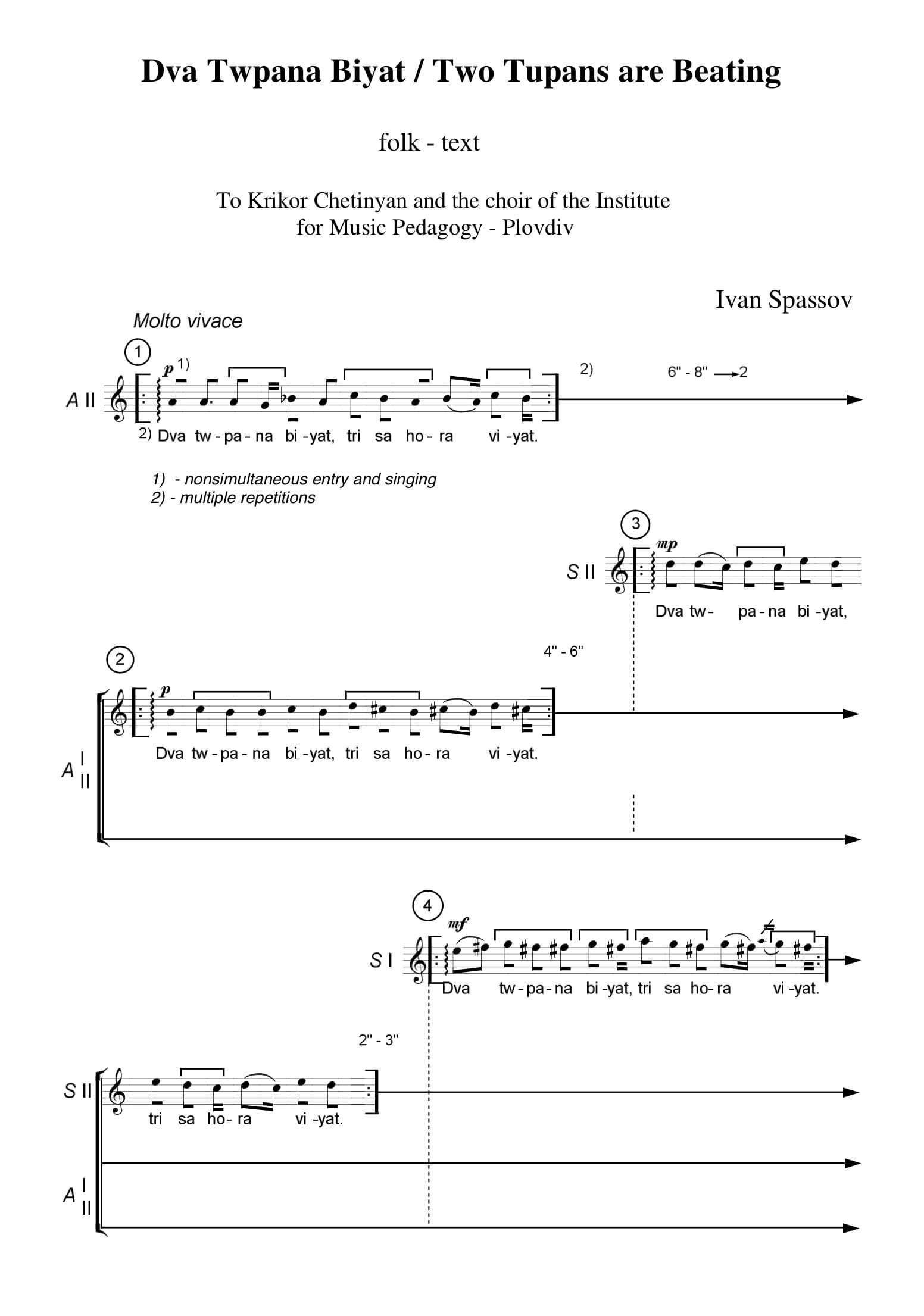 Vox Bulgarica Music Publishers is proud to be the publisher and distributor of the music of Ivan Spassov. Until his untimely death in December 1996, Spassov was the leading composer of his generation and the undisputed master of the choral idiom. Spassov used the well-established Bulgarian folksong as a compositional point of departure, combining the style made famous by his predecessors with aleatoric devices and graphic notation. The result was a new style that combines the folk with the avant-garde and something that is distinctly Bulgarian. In this prize-winning number and choral favorite, Spassov employs vocal techniques to recreate the sound of the traditional folk drum, the Tupan.